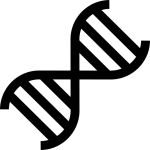 The aim of the COMPLEX Doctoral School is to promote research and training in non-linear science and complex systems, and in the analysis of the data associated with them. The fields covered include, among others, the natural sciences, engineering sciences and medical sciences. Our School is attached to the Doctoral School in Sciences and to the Doctoral School in Engineering Sciences at the F.R.S.-FNRS. It gathers research teams from UCLouvain, ULB, ULiège, UMons and UNamur which are active in the following fields:

These teams study self-organization phenomena in complex systems composed of multiple entities in non-linear interaction. This non-linearity is at the origin of the emergence of spatial structures, collective behaviors and complex spatio-temporal dynamics such as chaos and turbulence. Remarkably, the same phenomena are observed across different disciplines, which shows their universality and the need to study them in a unified trans-disciplinary approach.

The School’s teams in brief

The research fields of the School’s teams naturally favor trans-disciplinary training, both in terms of the subjects addressed and the methods used. These teams have acquired an international reputation of the highest level through their scientific work and discoveries. They have important infrastructures for theoretical, numerical and experimental work, including large computer clusters. Our teams also participate actively in various national and international research programs and have long been involved in doctoral training. They supervised nearly 90 researchers who have been awarded doctorates over the last five years, and are currently supervising about 80 doctoral students.

The COMPLEX Doctoral School offers a portfolio of courses totaling about 100 ECTS that can be taken in the 3rd cycle. These advanced courses cover different aspects of the School’s themes and focus on theoretical, numerical and experimental methods. In addition, the School promotes doctoral training by organizing seminars, meetings, and international conferences. We also organize an Annual Meeting, during which all the teams involved can interact with each other and members of the School are given the opportunity to present their work. The School ensures that the doctoral training is carried out in accordance with the provisions of the French Community, the Academies or any other competent authorities.

The scientific committee is composed of academic members, each designated by one of the School’s teams. Its missions include, among others

​Bureau of the Doctoral School

The School is managed by a Bureau appointed annually by the Scientific Committee and comprising, for each participating faculty, an academic member and a doctoral student. The Board elects a president and a vice-president from the academic body. Its missions are, in particular

The Bureau currently coincides with the Scientific Committee.